Existing patients please use our portal to request appointments and send us questions. Log-in to your portal here . 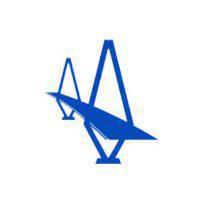 The tremors and movement changes caused by Parkinson's disease usually appear after the age of 55, but they can develop in your 30's or 40's. The experienced team at Tidewater Neurology works closely with each person, providing comprehensive care that supports the best life possible. Whether you need ongoing medication management, deep brain stimulation, or coordinated care with specialists like physical therapists, Tidewater Neurology is there to help. To schedule an appointment, call the office in Mt. Pleasant, Goose Creek, or the West Ashley area of Charleston, South Carolina, or use the online booking feature today.

What is Parkinson's disease?

Parkinson's disease is a neurological disorder that affects your ability to move. The condition develops when nerves in specific areas of your brain deteriorate.

The affected nerves produce a brain chemical (neurotransmitter) called dopamine that regulates muscle movement. As the nerves die, dopamine levels fall, and that changes your movement.

What are the primary symptoms of Parkinson's disease?

The four primary symptoms of Parkinson's include:

Tremors usually begin in your hands, but you may also notice the problem in your jaw, arms, and legs. In many cases, Parkinson's tremors appear while you rest and improve when you start to move that part of your body.

What other symptoms does Parkinson's disease cause?

Parkinson's is a progressive disease that gradually damages more nerves. As a result, existing symptoms get worse, and new symptoms may appear.

You can gradually develop a wide range of motor (muscle-related) and non-motor symptoms. You may:

Hallucinations refer to seeing and hearing things that aren't really there. Delusions are less common, but when they occur, you have thoughts that are real to you but aren't based in reality.

How is Parkinson's disease treated?

The Tidewater Neurology team creates a treatment plan that eases your symptoms and improves your movement. Parkinson's treatments include:

Your provider prescribes medications that increase levels of dopamine, prolong the impact of the neurotransmitter, or mimic its effect in your brain. You may also need medications that control specific symptoms, such as tremors.

If you develop side effects or reach a stage where medications don't have the same effect, you may need surgery.

Parkinson's surgery, called deep brain stimulation, targets the structures in your brain that control muscle movement. Your provider implants an electrode in your brain and a small impulse generator under your skin.

The generator sends an electrical impulse through the electrode and into your brain. The mild stimulation regulates the brain's nerve activity, which improves your tremors.

If you have questions or need ongoing treatment for Parkinson's disease, call Tidewater Neurology or request an appointment online today.